From Paddocks To Pavements: the Mudgeeraba Story 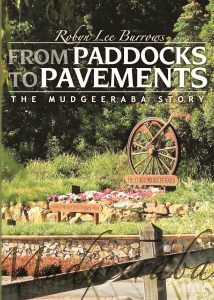 From Paddocks to Pavements: the Mudgeeraba Story presents a chronological general history of the general area – also taking into account Bonogin, Neranwood, Austinville and Upper Mudgeeraba – interspersed with anecdotes from those who have lived this history, reproduced newspaper articles of the times, as well as a broad range of photographs and sketches.

Henry Lawson: A Stranger on the Darling

Henry Lawson: A Stranger on the Darling begins when the editor of the Bulletin sent Lawson to the bush to save himself. Lawson’s time in the outback gave him a new understanding of the Australian landscape and people, and he began to write about outback life from the heart. His sojourn in Bourke, and surrounds, inspired some of Lawson’s most memorable stories and poems, peppered with characters he met “on the track”.

Here, father and daughter team, Robyn Burrows and Alan Barton, themselves from the Bourke region, reveal the true stories behind these works. They uncover, too, eight “new” poems attributed to Lawson, forgotten since that time.

Contact Robyn to purchase Henry Lawson: A Stranger on the Darling.

Published by Boolarong Publishers, Brisbane, 1989 – out of print. 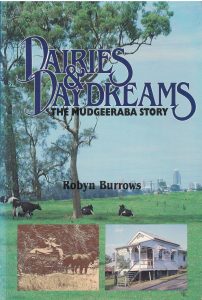 Dairies & Daydreams is a local history of the township of Mudgeeraba, which is located in the Gold Coast hinterland. The book contains information on early settlers, development of transport, timber and dairies, local buildings, the war years, etc.

Published by Boolarong Publishers, Brisbane, 1992 – out of print

Bush Schools and Golden Rules is a history of Mudgeeraba State School, and its predecessor, Mudgeeraba Lower Provisional School. The book also contains histories of other now-defunct local schools at Bonogin Creek, Neranwood, Austinville and Upper Mudgeeraba, plus pupil enrolments at these schools.